DIAGNOSIS!  Or so we hope.  I know it sounds weird to hope for a diagnosis, tumor, and surgery (often neuro-surgery!), but that's reality.  When you feel horribly sick, you're losing your mind, your body is morphing right before your eyes into something foreign and gross, and it feels like there is nothing you can do about it?  Trust me, you are GLAD you find a possible reason for it, some proactive way to fight back (test, see doctors, learn) and a chance to get rid of the source of the problem and recover from it.

But, this isn't a simple diagnosis by ANY stretch of the imagination.  Many illnesses have fairly cut-and-dry diagnostic testing.  The test either says you have it or you don't, bam.  But that isn't the case with this disease.

Think of it like a scale: You have to accumulate evidence proving you have Cushing's, and doctors pretty much have the scales tipping the other direction from the moment they see you.  It's sad, but true.  "It's rare."  You might just be depressed, lazy, and eat too much and poor quality foods, etc.  The scales are generally tipped to assume that is the case, and you have to provide overwhelming evidence to the contrary.  And yes, it is often the patient that has to meet the burden of proof.  It's left in our hands, that is why it is SO important to become a well-educated, informed, proactive patient. Like I said, you basically have to accumulate enough evidence to tip the scale far enough in the direction of a diagnosis to prove their preconceived opinion wrong.  What that takes is so completely different from doctor to doctor that it is unreal.

UN.  REAL.
Remember that there is a HUGE list of signs and symptoms, and how each patient presents with a different cluster from among that list?  Remember that there is no one definitive diagnostic test that alone can prove and disprove Cushing's in all patients?  It is apparently the norm for doctors to play favorites with testing, giving more weight to certain tests and significantly less to others (or they simply don't even order the other types of tests).  Some have favorites among signs and symptoms (signs being things that can be viewed and measured like blood pressure and stretch marks, and symptoms being what you report feeling or noticing like fatigue and weakness).  If your individual presentation doesn't match up with their preconceived ideas of how a Cushing's Patient should look, you are SOL.

You *might* have a chance to persuade them to let you keep testing and prove them wrong, but that's not often the case and most of us are too sick to fight that losing battle.  You usually have to start over with another doctor, which is often a reason why many of us end up having to travel to see a specialist who deals with Cushing's all the time.  I've heard of yet worse things happening, like doctors calling patients crazy, putting such things in their medical files, and even going out of their way to contact other health care providers of their patient to let them know.  I had a friend whose "well-respected" doctor did just that, contacting her employer's insurance company telling them she had nothing physically wrong with her and maybe was just depressed.  She was a smart cookie, did her research, and found a doctor willing to treat a person and not a text book.  She received the denial notification for her disability literally while out-of-state for her brain surgery.  (Which, she later won on appeal, obviously.)

There is yet another obstacle in our way related to doctors' opinion/training...that of the lab tests themselves.  We've discussed briefly in the previous posts about individual tests for Cushing's and that they have some inherent flaws (and episodic or cyclical illness especially), but we haven't yet discussed how doctors apply their reference ranges.  I'm not sure how they are calculated (there's got to be a bell curve in there somewhere?) so we'll just stick to how these ranges may apply...

But first lets talk about thyroid hormone testing as an example.  Most people are at least a little more familiar with the blood draws for TSH (pituitary hormone that tells the thyroid to produce thyroid hormone), Free T3 and Free T4.  Much of the medical world has come to realize that having thyroid hormone levels within the normal range doesn't mean everything is hunky-dory.  You could have a TSH at the top of the range and Free T's at the bottom of theirs, and need thyroid replacement.  You could be like me and have a doctor say "Your TSH is in-range so you're good!" even when my ACTUAL thyroid hormones were below the range.  More and more doctors are starting to understand how these play together, and that the range itself is really is too wide.  It's just a ballpark idea and not a set and fast rule.

So, Cushing's testing is kind of like that, except it's kind of the opposite.  Being outside the range, in our case, isn't considered proof you are sick.  "It's normal!" is often told to patients whose levels are DOUBLE the range.  In my opinion this pretty much defies the purpose of a "normal range" to begin with (in both cases, cortisol and thyroid testing), suggests we are using FAR outdated and inaccurate diagnostic tools, and certainly at the very least suggests a need for re-evaluation and recalculation so that they actually HAVE some meaning that is useful...but I'll get to my point.

Many doctors have been taught that cortisol levels 2-3 times the normal range is "pathologic."  That means that with tests results that high, you are pretty much guaranteed to have a disease causing the overproduction (as opposed to anorexia, alcoholism, or depression, stress, etc).  Just to be clear, what that means for us lay people is that if the cutoff on the top end of the normal range is 50 (so everything over that is flagged as high by the lab), levels around 100-150 or higher are proof of disease.

*There is a chance it is caused by excess steroids such as prednisone pills, inhalers, creams, etc, but this can be rather easily ruled out*

Having levels between 50-150 doesn't mean you don't have high cortisol, but means that your doctor needs to rule out other causes as the source of those high tests, often through repeat testing and most doctors can rule much of it out at your very first appointment by taking a standard, detailed, patient history.  So for most cases, having a test above the range should just mean doing a few more tests than someone whose tests are at or above that 2-3X the norm level.

Well, here's the difficult part of this one: More and more I am hearing of doctors, and endocrinologists specifically, who are interpreting that 2-3X normal cutoff as the line for diagnosis itself.  This means they are saying if your high results aren't at least THAT high, then you are sent home with no diagnosis or treatment.  High cortisol, even when "mildly" elevated, can do very severe damage over time.

It's absurd and flat-out-lazy, in my insufficiently-humble opinion, that doctors drop the ball.  SO much of these downfalls could be avoided if they just tried.  I don't know what else to say about it!  These doctors are costing patients health, years, and possibly their lives and it makes me both angry and so, so sad.

If you find yourself in any of these precarious situations with a doctor, and it doesn't look like your concerns are going to be resolved, please ask other patients (with similar testing, symptoms, etc would be best) which doctors helped them and get your butt there.  It may be completely obvious to you that you are sick.  It may be that other cushing's patients can see from your results that you are too.  And it may be that other doctors would see "disease" if they saw that same data.

Become an informed patient, keep copies of all your results, imaging, etc yourself, ask questions, get yourself to the right doctor(s), and truly be a responsible partner in your care.
This is your life.

*I did have to prove my disease like everyone else. It was a very long process.  I did have experiences similar to others' of being dismissed and blamed for decades beforehand, but mostly by pediatricians, general practitioners, and doctors of internal medicine (well, and friends and family).  I was lucky that by the time I was sick enough to start taking sole charge of my situation, regardless of those experiences, I had a patient support group to help me get to an endocrinologist who believed me when I explained my signs and symptoms, my efforts to diet and exercise, etc. and was compassionate and caring from the beginning.  It could have been much, much worse.  This battle has been hard enough as it is.  I am so very grateful to those family, friends, and health care providers who have made and continue to make this process easier, who believe(d) me, and who treated me with kindness, respect, caring, compassion and support.  It is noticed, it is appreciated, it is and always will be remembered.*
Posted by Catherine in AK at 11:00 AM 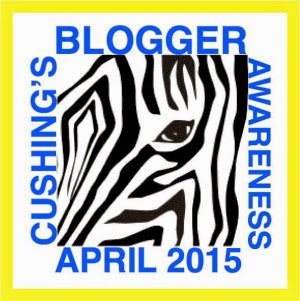